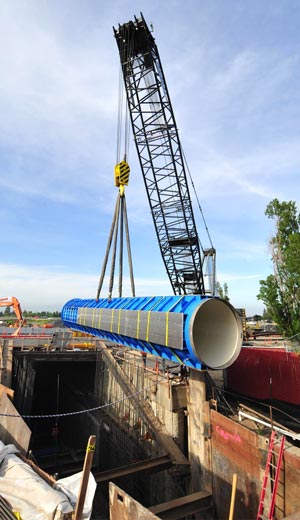 The Seismic Upgrade of Bay Division Pipelines Nos. 3 and 4 is part of the San Francisco Public Utilities Commission's Water System Improvement Program. This infrastructure project will seismically upgrade two large diameter drinking water pipelines where they cross the Hayward Fault in Fremont. To protect the water system, the BDPL 3 and 4 Seismic project is replacing large sections of the pipelines with high-tech pipe elements including massive 72-inch diameter ball joints and an equally large slip joint, an articulated concrete seismic vault which is designed for 6 and one half feet of pipeline displacement and other features. The project includes tunneling under the I-80 freeway including an off-ramp. C M Pros provided Project Controls and Management Support. ($32 million) 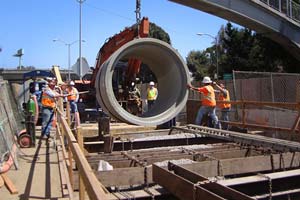 C M Pros supported PUC staff in the area of construction scheduling, delay impact analysis, and cost control. We evaluated the baseline and recommended correction to logic and constructability issues. We also recommended detailed breakdown to final testing and commissioning when the project included sophisticated chemical control systems to avoid delays at the close out phase. Parallel cost and schedule forecasts were prepared to avoid potential risks. 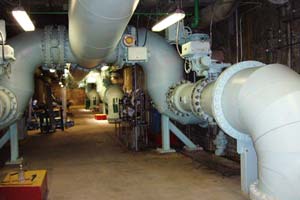 Three projects, Sunol Chloramination Facility ($8 Million), Pulgas Chloramination Facility ($15 million) and the Harry Tracy Chloramination Project ($4 million) are part of the overall conversion from chlorine disinfection to use of chloramines to reduce the levels of disinfection byproducts, were coordinated to start at the same time to minimize disruption to the flow of water to the Bay Area and the SFPUC customers. The project's goal is to treat the Hetch Hetchy water at Sunol where chloramine is added before distribution of a portion to East Bay consumers. The remainder then flows to the Pulgas plant near Redwood City, where the water is diverted to the Pulgas plant. Dechloramination chemicals are injected in different points along the chemical mixing pipeline and the water quality is automatically evaluated. After chloramine removal the water is released to Pulgas open channel and discharged to Lower Crystal Spring Reservoir. Harry Tracy Water Treatment Plant treats water from Crystal Spring Reservoir and uses chloramine for disinfection before discharge to the distribution system on the upper San Francisco Peninsula. The projects included a 10-foot diameter concrete pipeline, 35-foot deep trenches, extensive dewatering systems, innovative chemical injection systems, advanced chemical control systems, SCADA improvements, significant earth moving and stockpiling, and critical environmental monitoring and mitigation. C M Pros provided scheduling services to the Mendoza/CPM team. 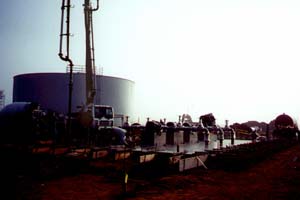 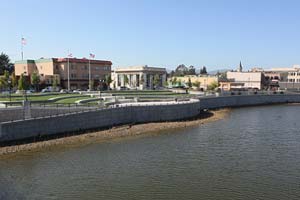 Project was rerouting of the Napa River to avoid flooding of the downtown district. The scope of work included substantial excavation, backfill, rip rap, and realignment of the Napa Valley Wine Train railroad bridge. The 12-foot vertical extension of the bridge and berm for flood control also required raising the level of local streets and coordination with affected businesses and residences to accommodate the realigned roads and ramps. The primary regulatory agency was the Army Corps of Engineers. Extensive coordination was also required for local and regional water quality and environmental concerns as well local agencies and community activists. Mr. Messiah coordinated scheduling and prepared the schedule plan. ($50 million) 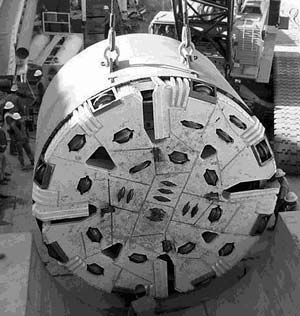 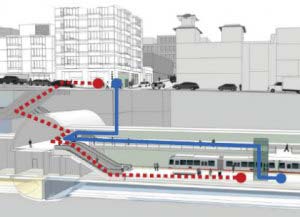 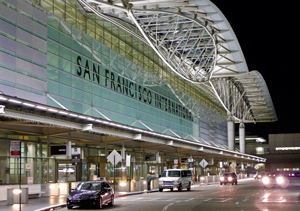 C M Pros is currently serving on a wide range of projects at San Francisco Airport, including some of the largest as well as the more modest. Our role covers Project Management Support Services (PMSS) including:

CM Pros is tasked with stakeholder engagement, design management, schedule management and estimating/cost control. We will also perform special inspection as the project moves into the construction phase. (2014–2020, estimated $1.3 billion)

This project will replace the existing fire station that must be demolished to make way for the new Boarding Area B. Also being moved and redeveloped for the same reason. C M Pros is providing estimating and document control services. (2014–2017, estimated $15 million)

These buildings are in need of very extensive work to bring them up to the standards of modern cargo handling systems, including building fabric, structural retrofits, mechanical and electrical systems, control systems and buildout of new office space and services. C M Pros is the Prime Consultant for this project. (2016–2018, about 140,000 square feet/$20 million)

C M Pros is the Prime Consultant on this PMSS contract. The Superbay is the largest hangar at the airport, accommodating the largest planes at multiple maintenance stations. The fire protection systems have outlived their useful lifetimes and it is urgent to completely replace them with state-of-the-art systems while keeping the hangar in service. Systems include a foam fire suppression system to protect against fire around fuel and aircraft undergoing maintenance, a wet-pipe system for general fire suppression and new auxiliary equipment, controls, and alarms systems. (2016–2018, $30 million)

This Program Management Support Services (PMSS) contract provides for planning, controls and oversight services on an extensive list of projects, with an estimated value of up to $4 billion dollars. C M Pros as a subconsultant will assign staff as directed across a wide range of professional and specialist disciplines. (as-needed services up to $7.5 million fee and five-year duration) 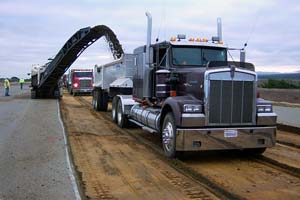 Mr. Messiah provided field inspection, trades coordination, and owner representative duties for the replacement of Marina Airport runway. The project extended the landing area of the runway and replaced the runway painting. He validated the construction staking. He also coordinated the laboratory testing for the sub-base, base rock compaction, and asphaltic concrete sampling and testing. 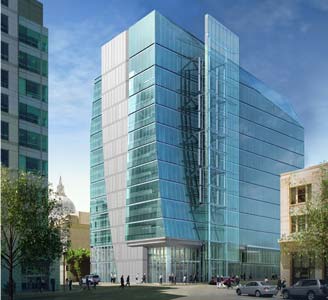 13-story office building serves as the new headquarters for the San Francisco Public Utilities Commission (SFPUC). In addition to project management services, We provided construction management oversight, including inspection and materials testing services. The new 277,000 square-foot building achieved a LEED Platinum rating from the United States Green Building Council (USGBC). Key sustainability features include on-site clean energy generation through photo voltaic; 100% of waste water treated on site; use of low flow toilets; 45% daylight harvesting; and the consumption of 55% less energy and a 32% less electricity demand from the main power grid. The building will utilize an innovative structural system with post-tensioned (flexural) cores that will provide the highest asset preservation for the building.

As Needed Materials and Special Inspection

The project included the diagnostic evaluation of the existing HVAC system balance and testing system performance.

Construction of a new branch library which includes a large reading area, distinct children's and teen spaces, and a program room with after hour's community access. Other highlights include a study room, views of the ocean, maximum use of natural light, public art, and new furniture, shelving, and materials displays. C M Pros provided welding inspection for the steel frame. 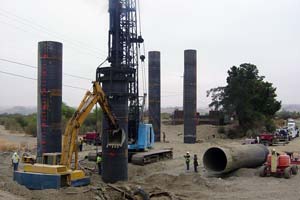 Project consisted of 16 road and bridge projects for the county's capital improvement projects with a budget of over $40 million, spanning eight years 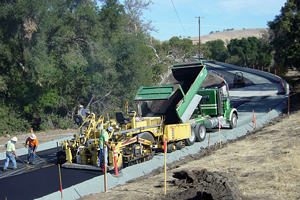 Nash Road Bridge: The bridge is a 285' long and 42' wide post-tensioned concrete-box-beam-structure, crossing the San Benito River and connecting Nash Road at its north end and Riverside Road at the south end. It has three spans and is supported with two abutments and two intermediate piers. Each pier is resting on two piles. Each pile is 7' in diameter of cast in steel shell piles. ($5.3 million)

Lone Tree Bridge: The bridge consisted of one concrete span of precast T-section-beams resting on two abutments over cast in steel shell piles. It also has two massive retaining walls to support the approaches with heights varied from 6' up to about 20'. ($1.7K)

Southside Road Bridge Replacement : The existing bridge was a one lane, three-span steel bridge, approximately 50 ft. long. The new bridge is a ten-span, cast in place concrete slap supported by cast-in-drill-hole-concreter pilings. There are a total of nine bents placed within the Tres Pinos Creek channel, each consisting of six concrete piles—20" in diameter. The new bridge is 32' 3" wide and 351' long. The bridge located at the intersection of Southside Road and Thomas Road about 50 feet North of the existing bridge on the western end, and 150' North of the eastern end. ($1.5 million)

Fallon Road Bridge Replacement: The project consists of replacing the existing 28' 4" wide and 60' long Santa Ana Creek Bridge at Fallon Road located two miles north of Hollister. The new bridge is a two-span of 40' 8" wide and 60' long with six piles in the middle of the creek channel. The new bridge is a flat concrete slab with tow concrete abutments and intermediate embedded beam resting on six piles at the middle of the creek. ($460K)

Fairview Road Bridge Replacement: The new bridge was a double-span/flat-slab structure on reinforced concrete abutments over pre-cast 45-ton piles. The scope of work included: the replacement of the existing bridge on Fairview Road with a new 41' long bridge widening the bridge to 40' wide, the construction of temporary detour across the creek. ($417K)

The project consisted of the seismic retrofit of 5 bridges, including:

Nason Road Bridge, Cachuaga Creek: The work included the replacement of the two existing abutments and the bridge slab. ($148K) 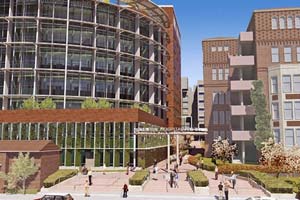 The 284 bed/14 operating room hospital and trauma center will provide the only Level 1 trauma center for residents of San Francisco and northern San Mateo County. The facility will house cardiology/radiology/auxiliary support and plant services at the B2 level. Preoperative/gastroenterology and a clinical laboratory will be contained at the B1 level. Admitting and emergency will occupy the ground floor level. Obstetrics/pediatrics and NICU will be housed on the second floor. ICU/CCU will be located on the third and fourth floors. Medical surgery and forensic will occupy the fifth and sixth floors and acute care for the elderly will occupy the seventh floor. The tunnel at the B1 level will connect to the nuclear medicine center in the existing hospital and the bridge at the second floor will connect to clinical laboratories, the cafeteria and support services.

The 448,000 squre foot hospital will be a steel moment frame structure on a mat foundation with base isolators. The hospital will have two levels below grade and eight levels above grade including a mechanical penthouse. Ties to the existing hospital will be made by means of a tunnel at the B1 level and a bridge at the second floor. 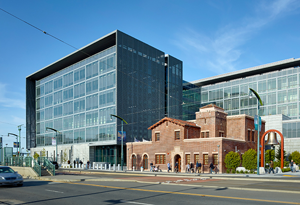 The building will be approximately 290,000 square feet and will provide functional resiliency for up to 96 hours after a major disaster or earthquake. The facility will create a seismically safe and LEED gold certified sustainable green building that will be fully operational after a major earthquake. The Public Safety Building will be built to resist security threats and operate continuously in the event of loss of power and water. The total project budget, inclusive of development and construction costs of the building, is estimated at $243 million. The project will be complete in summer 2014. C M Pros provided scheduling, estimating and special inspection services. 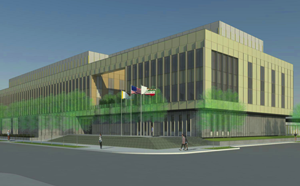 C M Pros as joint venture partner, is providing construction management services to this recently awarded project to house two divisions of the Police Department that are considered Essential Facilities, and as such must remain operational in the event of a regional disaster. The project has been procured by the design-build method and is currently in the schematic design phase by the city's consulting architects prior to release to the design-builder. At present C M Pros is providing design review services. We will expand our scope as the work moves forward to include Project Controls. 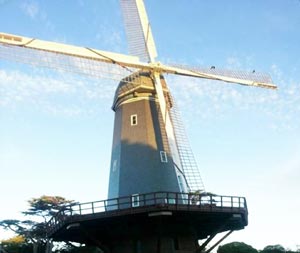 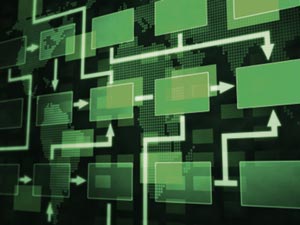 We manage a team of engineering and IT professionals who prepare a variety of recurring reports for WSIP Management. Utilizing Primavera P6 and additional analytical software we receive professional service detail data from databases that others are maintaining. The databases deliver budget and expenditure information by resource and task in a variety of formats and software. Our output is recurring analyses and reports to track overall progress and costs. The aggregated information is also used to provide resource assignment to the timekeeping system so assignments can be tracked by resource and tasks.